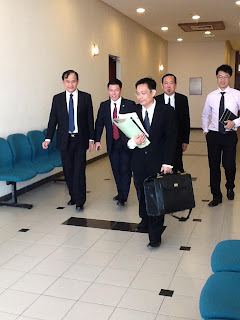 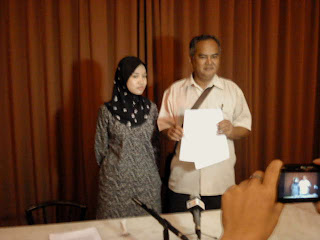 
I want to refer to a statement issued by the Perak DAP secretary Nga Kor Ming Hon issued through his lawyer Leong Cheok-khbar King to release Mandarin today.

Has allowed a statement sent email on 12th September 2012 at 4.03pm and is published today, 13th September 2012, by the China Press and news portal Malaysia Today, is defamatory and malicious and aimed at embarrassing me.

In the statement, according to newspaper reports China Press dibaawah title "Blogger who accused involvement in the contract to make coats Nga pleaded guilty and withdraw the statement" call me "confess and retract my statement purporting to be a libel on the Taiping MP".

However, I am in any time never admit wrong and retract my statement. I still believe YB Nga involved in abuse of power in awarding contracts.

We need to clarify, after YB Nga withdraw RM10 million lawsuit against me, then I as the defendant had agreed on the advice of the learned judge to withdraw the counterclaim (counter claim) I.

Here I would like to raise the question, why YB Nga agreed to withdraw such a big lawsuit?

I also wish to clarify that I have never made a confession. In fact there is no court order for me to do so. The Court also ruled that the article was defamatory.

In Malaysia now, the portal provided a one as I recall mentioning my counter suit without mentioning that this action was made after YB Nga draw his suit beforehand.

To clean up my name, I claim YB Nga and lawyers and the media that published the report to apologize for the statement danmenarik back within 24 hours. Failure to do so I will continue with legal action.

I will also consult my lawyer to lodge a police report if the statement YB Nga and his lawyer has an element of contempt. 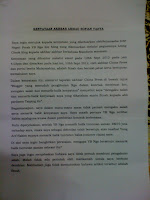 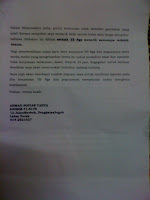 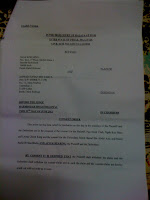 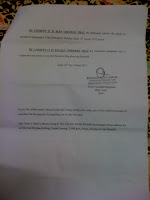